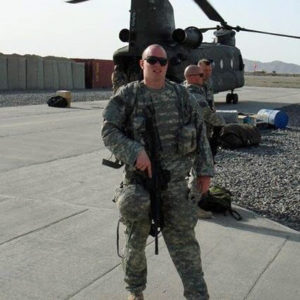 I know what it’s like to be deployed in the middle of a war zone. I was deployed to Afghanistan with the 82nd Airborne Division in 2007 and 2008. That’s why I was so shocked by the news that Donald Trump has just sent hundreds more Marines into combat in Syria. He’s sending these men and women into the midst of a bloody, six-year old war, putting their lives in danger while doing nothing to actually end the carnage in Syria.
That’s why, as a veteran and as a citizen, I’m speaking out, and I need you to join me.
Donald Trump has already shown that he is a reckless Commander in Chief. Just days into the job, he ordered a disastrous raid in Yemen that cost the life of a Navy SEAL and killed numerous civilians, including women and children. Now, with the news that he’s sent several hundred conventional troops into Syria, with hundreds more potentially on the way, he is jumping neck deep into the Middle East’s deadliest war.
The war in Syria is a devastating crisis that has cost hundreds of thousands of lives, created millions of refugees, and dragged on for 6 long years. Experts agree that there is simply no military solution to the conflict, yet only weeks into his presidency, Donald Trump is heading into war and the same old broken thinking that every problem in the Middle East can be solved with American bombs.
Make no mistake, this new deployment is a big, game changing deal. For the first time in Syria, conventional American troops will conduct operations outside the relative safety of a secure perimeter. Trump has ordered a new, riskier mission for our troops — one that will dramatically increase the likelihood of casualties. This is a highly disturbing escalation of our involvement in Syria. That’s why we have to fight back.
Please join me in demanding an immediate halt to deploying American ground troops in Syria.
As a soldier, I saw firsthand the devastating consequences, both for my fellow men and women in uniform and for the local men, women and children whose lives are torn apart by the never-ending violence of our endless wars. Despite hundreds of thousands of lives lost and decades of war, Iraq and Afghanistan remain torn apart by violent conflict. That’s why it’s so important to fight back now, before any more troops are sent into battle fighting a war that cannot be won on the battlefield.